Just how do you achieve the impossible?

You are on Linked-In or Facebook or social media because either you are in a busy job or an entrepreneur running your business and you want to brag about how great you are doing or looking for connections and solutions to your problems or even trying to find a way to sell yourself on social media as so many “experts” keeps telling you it so easy. 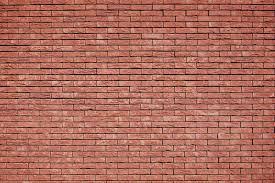 And underneath all that B.S. the reality, that, you’re not getting paid what you want, don’t have time, don’t have money for anything extra! Or you have been suffering from obstacles to your journey and no one knows about it. And you say you wanted to be free or more successful but how? How do you achieve the impossible?

My name is Ken, I am a coach and a Shiatsu practitioner, in 2016 I was told I had diabetes type 2, weighed 100kgs in August 2018. I was obese and was always tired. In my last check-up in August I weighed 91Kgs, now in October I weigh 85.5K (my ideal weight is 84K), my diabetes is gone but I have an appointment in November to see if they will declare I’m free and take me of the register. Now at 55 my fitness is better than when I was 15. I regularly run 40-50K a week, and run up hills that were impossible for me to walk fast before, yet its only just over 2 months I’ve been running. I last ran between 1999-2006, in my last effort to give up smoking and get healthy, which I did, but when I was successful, I stopped doing what worked! And my 2010 I was overweight. I tried fad diets and exercise programmes which all worked a little, but then once I achieve a goal, as in the past I gave up doing the work that led to my success and started living off the memory of it, somehow thinking that’s it. It was a tick box exercise of living life. 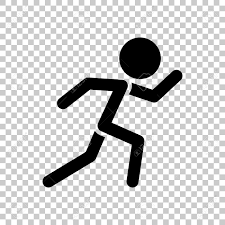 But to the outside world I was a successful coach. I have helped countless people to completely beat anxiety, social anxiety, and depression, and even things like autism, Aspersers, ADD (ADHD) and PTSD through coaching. I helped others to jobs they couldn’t imagine getting, businesses they didn’t see they could be running, get in to relationships they couldn’t imagine getting into. But none of it was applying to me. That’s what happened in August 2018, I told my clients and friends the lie I was living and began to be authentic about it and then to actually began to do something and stick to it. I created a healthy eating programme and an exercise programme what was fun as well as challenging. I hated gyms and I can’t swim, so I chose to climb stair, all the way up to the 9th floor of my building, first once, then twice, a day and 7 days a week, and kept increasing until I was climbing the 135 steps 17 times a day (in 55 minutes) 5 days a week. I get the lift down to the ground floor, then climb as fast as I can to the 9th floor, then get the lift back down (running down the stairs was taking too long, noisy and was dangerous) and climb again.

Then 3 months ago the building owners decided to replace lifts, so one lift was out of access, now it didn’t work to climb stairs anymore, and I couldn’t find any other exercise that was upto that level so I was confronted with running. Running! “You must be kidding!” “I’m 55, I last ran between 1999-2006 and I gave up because of knee problems!” I said to myself. Bit then left with a stark choice, waste all that effort over the last 11 months or find a way to do it. I went to Runners Need in Kings Cross and got a fabulous and expensive pair of trainers. Like aircraft for feet! And on Wednesday 14th August, almost a year to the date I started this whole thing, I said “I’m going to run for a whole hour!” And I did, it was a bit tough and I was really slow, but I ran for an hour! When I first started running in 1999, I ran around my block to the street and had to stop because I was out of breath! This time I ran for an hour! The same then next day, and 3 days running. I was amazed I could just do it. The following Monday I ran for 90 minutes and I was fine. Then I got a running app as I didn’t know my timing.

I know I’m going on and on, but my point is, I gave it 100% and committed fully and also never quit when things got difficult. Invented strategies to overcome my problems instead of waiting for someone else to solve them for me.

Just a few months ago I spoke to someone I met nearly 3 years ago from my meetup group. She had social anxiety and depression. She had ambitions to escape the rat race in London and be a qualified TEFL teacher & travel the world. She didn’t have time & she didn’t have money for coaching as she was really working on saving all the cash for her training. 3 years later, she’s still not saved enough for her training, and she’s still in the rat race, still, have no money for anything like coaching!

The same time I met Audrey, from France, was training to be a midwife in London, didn’t know anyone here, was anxious and not looking forward to 3 years of it. She found the time, yes even out of the nurse’s rota that no one can escape, and the money she didn’t have. She took my coaching, in 7months started her own midwifery business, got married and been free for 2+ years plus a lovely baby! So, she’s a mother now!!

You’ve been in this journey for some time or you’ve just started, take a bold step and get someone to help.

But who? Most jobseekers or entrepreneurs looking for success, looks for successful people to emulate. The problem with successful people is that they are not individuals who fund ways to be successful by themselves. They did it with a coach or someone behind them, but of course they never say that. So, you think, “Oh, I’m going to do what he/she is doing!” But you don’t know what they’re doing or how they’re doing it. Then you buy a book from someone, or do a course with someone, who did it, who says, “This is how you do it”. And try to fit yourself into that mould and end up crumped and dislocated. May be about 20% will be successful. 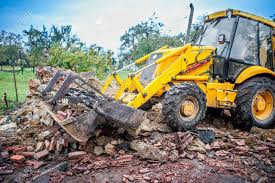 What’s missing is to find someone who will help “you” to find “your way” to be successful not to emulate the way they did it. But that is unthinkable for most people. And most people looking for success are looking for an easy option, that doesn’t take any time, or work or cost any money. They want instant success by not doing anything.

Actually, that’s what we all do if were honest, I certainly did, in 1995 when I started doing personal development courses, I went to get the secret! My friends who did it were extremely successful and insisted “You must do this course!” So, I went in to get the answer to the question, “How do I get successful by doing nothing?” I paid a lot of money to get that question answered. Wasted a lot of my life, but in the mean time I was successful, doing the courses turned my life around and put me in a trajectory of where I am now. But it did start with a lie and an attempt to deceive the universe and even myself, how to cheat the system.

Well, you can’t cheat the system. You need to destroy the system and build a new one. Its start by telling the truth, having the courage to tell the truth and act, having the commitment to win no matter what and take the action as long as necessary the communication, to yourself and others to keep going and getting someone as a coach to help you do that and one day, you will be in the middle of a run or a presenting a talk or doing something wonderful which your perseverance has put you onto, which you never thought was possible but here you are doing it! It’s magic when that happens.