Beating diabetes and lessons for business

In 2016 I was diagnosed with Diabetes type 2. I was overweight and obese. And in August 2018 I discovered my new-found formula for reversing diabetes by trial and error. In September 2018 I weight 99.2kgs, I had fatty liver and prognosis was bad. Now on March 2019, I weigh 90kgs, eat way healthier that I did before and feel great and I was told my diabetes is almost gone.

As a coach coaching people to go beyond their comfort zones, my obesity was not a good thing. And rightly, one of my coaching clients pointed this out to me in 2016 which was quite embarrassing.

It wasn’t as though I wasn’t trying to lose weight. I was following every fad diet or advice from friends and colleagues or internet. Sure, I will lose a few kilos but soon I’ll put it all back.

I was exercising, went to the gym a few times a week, even did a bit of water aerobics with 60 year olds as part of a local diabetic’s support charity. I live at the top of a tower block 9 floors tall, 134 steps to the top, so for exercise, I climbed this once or twice a day which was quite the hardest exercise out of all I did. But the efforts were lacking consistency that didn’t work. There was not enough exercise and too many experiments with food.

So, after a particularly heavy stag weekend in Prague in August 2018, with 2 other friends I decided to tackle my diabetes and beat it. We decided to lose weight by supporting each other and created a Whatsapp group which we named as “fat people fasting” to eat healthily and exercise in our own ways to lose weight and be healthy. 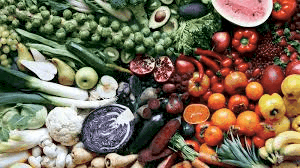 I was also inspired by “Bright Spots and Landmines” by Adam Brown. His blog gave me so many facts about how to eat properly but not starve and deal with diabetes. Another few a people who lost weight advised me on eating the right good. These were all people who had reversed diabetes or lost weight as a result of stopping alcohol addiction.

One of those discoveries was the list of things I had to give up. As a lover of food and cooking, this was a big hurdle for me. Essentially, as I was advised to give up sugar, and high glycaemic index carbs.

The Glycemic Index (GI) is a relative ranking of carbohydrate in foods according to how they affect blood glucose levels. Carbohydrates with a low GI value (55 or less) are more slowly digested, absorbed and metabolised and cause a lower and slower rise in blood glucose and, therefore insulin levels.

So, in the process I had to practically give up sugary foods, rice, wheat, potatoes (all potatoey roots like sweet potatoes, swedes, beetroot, parsnips, carrots etc as well), reduce meat consumption. And the other thing I learned was how much added fat effected the inability to keep weight off. So, no added fat, which means no frying, no processed meats! I also gave some vegetables such as onions, sweet corn, red peppers, sweet peas etc because they contained sugar. This also included fruit as well.

You might think how boring this sounds, but not a bit of it. I invented great recipes that were better than the greasy surgery stodgy food I was eating. And because of it I felt healthier.

So, what could I eat? Low glycaemic grains such as barley, quinoa, chickpeas, lentils and beans of all types became my staples. I used rye flour and chick pea flower to make bread, pancakes, roti’s and Sri Lankan roti’s.

I was eating plenty of green vegetables, cauliflower, aubergines and I discovered that celeriac is low GI and now use that instead of potatoes, in mashes, roasts and adding to stews. Instead of using oils to fry, I now use peanut or cashew nut butter to make sauces to cook ingredients with, yes sometimes I ground up peanuts in water or soaked cashew nuts in water to make the paste but I also use shop bought crunchy peanut butter with no added sugar or the same in cashews, although those contain oil, which is way littler than if I add oil to the pan to fry! The tastes these sauces add to the dishes are way tastier than when I used to fry stuff, which caramelises food and makes all food taste sweet. The subtle varieties of tastes you get when you cook for example, pork in peanut sauce with vegetables is a great discovery. And when I cook the same dish in cashew nut sauce with the same ingredients the taste is completely different but again great!

I have gone almost vegan as well and that is also helping to keep the weight down and health up. Why almost vegan? Because of the principle that my task on earth is to make sure that people are taken care of, there are many worthy and capable people tackling the environment and welfare of the animals. Not many people tacking the welfare of people, understandably, and personal development of people in particular that is needed for the better treatments of animals and each other as human beings. And I have also been turned off by the hypocrisy of some so-called vegans and Buddhists I know personally, which is nothing more than narcissism. 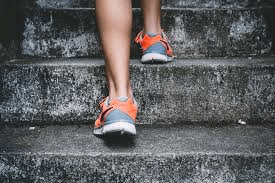 The other aspect I had to come to terms with reversing the diagnosis of type 2 diabetes was the level of my exercise. I walked everywhere, climbed my stairs to the 9th floor at least once but may be 2 or 3 times a day as I was coming back home etc and told myself I was exercising. I was but that was nowhere near sufficient to lose the weight. So, I increased my exercise levels dramatically. The problem here was that I hated gyms! I couldn’t run because I have dodgy knees, but walking didn’t give me the sufficient level of exercise to lose weight. I was weighing 99.2Kgs, over 15 stone, in September 2018, I’m sure this was higher before as I have been over 100kgs in the past. And as I kept gradually increasing my exercise levels to new, at the time of writing I climb the stairs 15 times 6 days a week, this is the 2nd week of doing that. This has resulted in me losing more weight.

As a result of my attitude in taking on the difficulties of my life and sorting them out by taking bold action, my business has also benefitted from the same, my financial position in the business seems to take an upwards trend and I’m also asking my clients to pay me properly and refusing to work with clients who disrespects me. 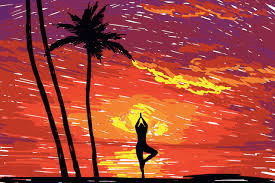 Because of the mental strength I now feel as a result of a healthy diet and good exercise I feel more energetic and clearer minded. It seems to be true what they say, when they say “You are what you eat!”

And I am a great example to my clients for them to also take on their challenges head on.